Attention ALL Missouri PTA Advocates!  Please contact the IRS today and ask them to support and protect Public Education and refrain from utilizing the proposed tax loophole.  This regulation creates a special circumstance benefitting private schools through a tax shelter for donations to private schools.
We need ALL of our advocates to TAKE ACTION by clicking the button below and submitting your requests to the IRS.  It takes 2 minutes to be a part of our PTA voice, supporting public schools and public education!  Please share with your social media followers and tag @MissouriPTA in your posts.
Thank you for speaking for our children!
Your fellow advocate,
Kristina Wilmoth, VP Legislation & Advocacy
Missouri PTA
#PTATakesAction #JCDC #JCDCActionAlert #MOPTA #SupportPublicSchools

For many years a tax loophole has permitted taxpayers to profit by financially supporting private school voucher programs. This profitable tax shelter has fueled rapid growth in these voucher programs, leading to a major transfer of public dollars into private schools. Moreover, these profits come at the expense of state and federal budgets and do not find their way into public schools or public services.

We need your help to tell the IRS not to create a special carveout in these regulations for donations to private schools.  All you need to do is click on the “Take Action” button below to submit a comment to the IRS. Thank you for your continued support for public schools.

#18in18 – The Hashtag That Took Missouri By Storm

2017 was an eventful year in Missouri, but 2018 offered a chance for Missouri to further its reputation as a leader in juvenile justice. SB 793, also known as Raise the Age Missouri, broke through the cloud covering our capital city and offered a ray of sunshine that brought excitement and strength to a grassroots cause.

Missouri PTA has been a proud member of the Raise the Age Coalition, but it was at a meeting with our partners that campaign plans began with a focus on the use of student members to promote and bring awareness. Raise the Age SB793 could propel Missouri forward to match 44 other states with similar laws protecting minors from being prosecuted as adults and serving time in adult facilities. Without this piece of legislation, a child as young as nine (9) years old could be housed with an adult offender in the same cell.

“Youth housed in adult jails are four times more likely to commit suicide than youth in juvenile detention. Youth in adult prisons face high risks of violence and sexual assault, and they often spend up to 23 hours every day in solitary confinement, leading to physical and psychological harm.” – Raise the Age Missouri

Missouri PTA members found this gap in our state’s justice system to be reprehensible and its members chose to be part of the solution. The Missouri PTA Legislation and Advocacy Department utilized one of our most valuable assets, our Student Representatives, and brainstormed ideas to get involved and support this vital piece of legislation. Will Wiese, former Student Representative and current Advocacy Chair for MO PTA, proposed a social media campaign. The campaign was discussed with the coalition, and #18in18 was mutually agreed upon. The grassroots movement that began as a conversation quickly grew, and by the end of 2017, there were hundreds of #18in18 social media posts from school officials to students. The tagline: Because 17 is too young was also trending.

Parents were sharing stories of shock and horror as they imagined their young children in this vulnerable situation. Educators and community advocates publicly supported Raise the Age Missouri, passionately pleading with their communities to take a stand with them. Missouri’s students and youth spoke up and shared the social media posts and news articles, creating even more buzz.

By the time Missouri PTA representatives attended the National PTA Legislative Conference in March 2018, #18in18 had reached advocates nation-wide, bringing attention to the large impact of a simple campaign.

On May 10, 2018, SB 793 was truly agreed upon and passed by a nearly unanimous vote. On May 30th, 2018, it was signed by both the Senate President Pro Tem and the House Speaker and delivered to the Governor’s desk. On June 1, 2018, less than 6 months after the bill was prefiled, SB 793 – Raise the Age Missouri- was signed by the Governor.

We all want our voices to be heard. This is the story with a happy ending because we spoke up, spoke loudly, and became part of the change that now protects Missouri’s children and their future.

“This evening, the U.S. Senate passed a spending bill that would fund labor, health and human services and education programs for Fiscal Year 2019. The bill includes a $541 million increase in funding for public education overall. It also dedicates $10 million for the Statewide Family Engagement Centers (SFECs) program as well as includes $125 million increase for the Title IV-A block grant, which provides funding to states to support safe and health students, provide students with a well-rounded education and support effective use of technology in schools.

“While National PTA is pleased that funding is increased for public education overall as well as allocated for family engagement in education, our association is disappointed that the bill does not include an amendment introduced by Senator Chris Murphy (D-CT) that would have clarified and ensured that Title IV-A funds cannot be used to purchase guns or provide firearm training for educators. The Title IV-A block grant helps schools provide students with important resources, such as comprehensive mental health programs and drug, violence and bullying prevention programs, and is not intended to be used to put guns in schools.

“National PTA believes the most effective day-to-day school climate is a gun-free campus—which includes not arming teachers and administrators. Teachers and administrators are there to educate our children and should not be acting as armed security in classrooms. Our association opposes any attempt to use federal funds to arm or provide firearm training for educators.

“National PTA urges Congress to enact a legislative solution in the appropriations process that ensures schools have the resources and capacity to provide a positive and healthier environment for all students. It is critical that Title IV-A funding is not diverted away from essential student support services to put guns in schools.

“National PTA’s board of directors adopted a new position statement on safe and supportive schools during its August board meeting. The statement outlines our association’s belief that teachers and administrators should not be armed and calls for a multi-faceted approach to address school safety that involves all stakeholders, especially students, parents and families.”

National PTA® comprises millions of families, students, teachers, administrators, and business and community leaders devoted to the educational success of children and the promotion of family engagement in schools. PTA is a registered 501(c)(3) nonprofit association that prides itself on being a powerful voice for all children, a relevant resource for families and communities, and a strong advocate for public education. Membership in PTA is open to anyone who wants to be involved and make a difference for the education, health and welfare of children and youth. For more information, visit PTA.org.

Please read the full letter from National PTA below, familiarizing yourself with PTA’s Position Statement on Safe and Supportive Schools.

Right now, the U.S. Department of Education is considering a proposal that would allow money that was intended to be used for mental health services and bullying prevention to be used to purchase guns. These funds under Title IV-A of the Every Student Succeeds Act (ESSA) are designed to provide resources to support ongoing mental health and drug and violence prevention programs, not the one-time purchase of firearms.

All you need to do is click on the “Take Action” button below to send a letter to your Senators. Thank you for your continued support to protect students and our nation’s schools.

For more information on National PTA’s position on school safety, please check out our position statement on Safe and Supportive Schools.
Thank you,
National PTA 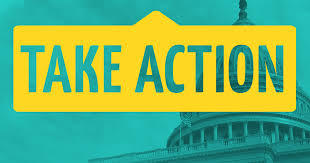 It’s all because of YOU!

SB 793, also known as #RaiseTheAgeMO, passed by a nearly-unanimous vote!  This bill changes the the age from 17 to 18 at which youth are automatically charged as adults.

Previously, Missouri law incarcerated children who were charged as adults in adult prisons.  While they have been charged with serious offences, these children have not yet been convicted of a crime. SB 793 requires children to be prosecuted in juvenile courts unless the child is certified as an adult or is being prosecuted for a traffic or curfew violation. Additionally, the bill specifies that no person under the age of 18 may be detained in an adult jail unless the person has been certified as an adult. This bill does NOT change the ability of the court to certify youth as adults for heinous crimes and hold these offenders in adult facilities.

“This is a good decision that is both obvious (better age-appropriate treatment, protection from the extreme dangers of incarceration with adults) and far-reaching (reduced recidivism, increased employment). It will bring with it long-term economic benefits for the state as a whole.

Thank you to all who sent emails, calls, and advocated on social media. You made a difference for Missouri youth! 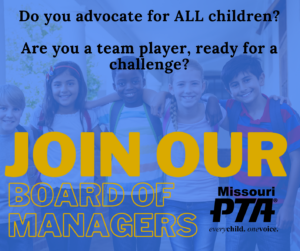